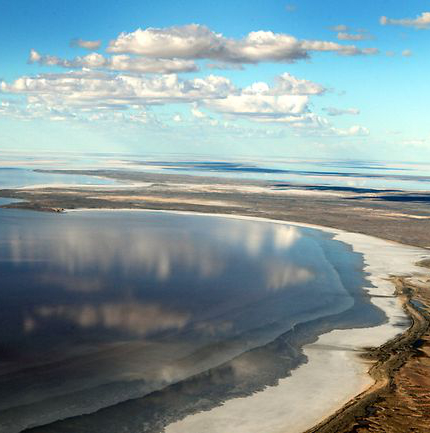 Traditional owners in Queensland's Channel Country have asked the United Nations to intervene in a battle over oil and gas development.

The Mithaka People say Queensland’s Newman Government is putting waterways at risk with its big Lake Eyre gas plan, and could even have broken international law by failing to consult them.

The landowners have petitioned the UN's Special Rapporteur on the Rights of Indigenous Peoples to ask for help.

But the Queensland Government says it notified the Mithaka People about the upcoming activities, even though their native title claim has not been finalised.

A Queensland Government advisory panel, which included local Indigenous leaders, says it spent months weighing up the potential impacts before releasing a plan to open up even more deep oil and gas mining.

But the Mithaka People’s representative Scott Gorringe has told the ABC all of this went on without the group being informed, and now culturally and environmentally crucial waterways are at risk.

“You start mucking around with rivers out our way and damaging underground water, it's sitting on the Great Artesian Basin,” Mr Gorringe said.

“And we don't know what potentially can happen.

“Most of our stories start and end around water.

“Our main significant sites are around water. Not only culturally, environmentally I think it's critical for that country especially.

“We're not hypocrites, we understand the value of economic development.

“We understand the value of progression, yet not at the expense of damaging our water.

“There's a whole lot of other opportunities that would present themselves out there if people would be strong enough to hold back and have a look at this stuff and have a talk to us about the opportunities we see,” Mr Gorringe said.

“The Queensland Government acknowledges that some people in the community had concerns in relation to potential resources development and the sustainable use of water in the Channel Country,” she said.

“There is also a clear desire amongst a number of community leaders and local residents in the same region for economic development and job opportunities.

“The Mithaka people's Native Title claim has not yet been determined.”