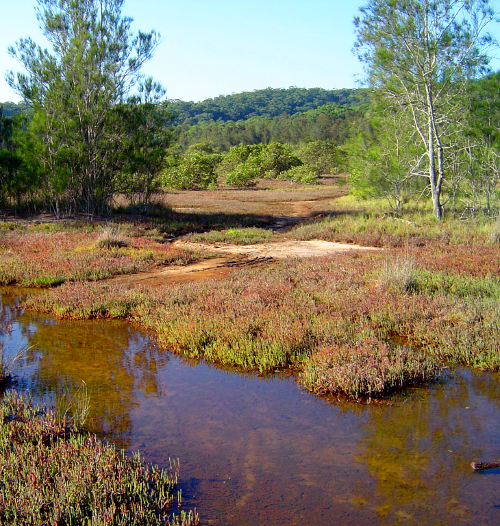 Australian scientists have completed Victoria’s first ever stocktake of blue carbon hot spots, revealing millions of tonnes of stored carbon, which is at risk of being returned to the atmosphere unless conserved.

Deakin University’s stocktake of more than 100 blue carbon sites across more than 2,000km of Victorian coastline, including its major estuaries, and many remote locations, found surprisingly high levels of blue carbon.

But researchers from Deakin's School of Life and Environmental Sciences argue that the carbon is under threat of being lost without proper planning ahead of coastal development.

“Most people know that trees store carbon and offset atmospheric carbon emissions, but few know that our coastal ecosystems are much more effective as carbon sinks,” Dr Macreadie said.

“These are swampy environments that are often seen as the armpits of our coasts, yet we are learning that these systems provide important direct and indirect ecosystem services that sustain human well-being.”

Dr Macreadie said that because the ability of “blue carbon habitats, including mangroves, saltmarsh, and seagrass, to bury carbon at rates more than 40 times faster than trees had shed new light on opportunities to reduce greenhouse gases in the atmosphere”.

“Importantly, it has also revealed another critical ecosystem function of these habitats that may be lost when disturbed,” he said.

“This stocktake has allowed us to quantify just how valuable these habitats are here in Victoria.

“We now need governments at all levels to pay attention to their value, because constant development without conservation plans is trashing our coasts; death by a thousand cuts.

“We have learned lessons from other parts of the world where these stocks have been lost.”

Dr Macreadie says unless governments act, Victoria risks copying the disaster that occurred in California when a housing development released one billion tonnes of carbon – equivalent to half the trees in the state and 5000 years of storage – during just 100 years of development.

“Already, just from looking at the original surveyors' maps from the European settlers, we can see that we used to have a lot more blue carbon habitats than we have now.

“Unfortunately, the legislation designed to protect these ecosystems is vague and doesn't take into account the only recent discovery of the wetlands' carbon capturing capacity.”