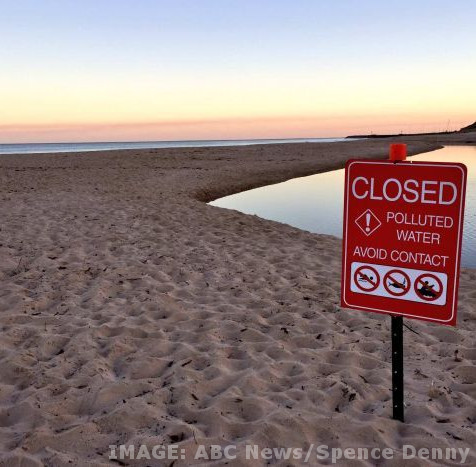 A 400-metre stretch of Adelaide beach was locked down after the spill of unchlorinated wastewater over the weekend.

The beach 200 metres either side of the Christies Beach outfall pipe was closed after up to six megalitres of the non-disinfected water was released on Friday.

The leak resulted from a fault with the plant's automated chlorination system and monitoring alarm.

The spilled water had been cleaned and treated, but had not gone through the final phase of chlorine disinfection, which kills remaining micro-organisms solid and organic matter is removed.

“A fault in the automated chlorination system was discovered by staff completing routine checks, when they immediately repaired it and returned the plant to normal operation,” Ms Hannant said.

“We are determining the root cause of the fault so we can understand what happened, and take steps to make sure it doesn’t happen again.

“We apologise for the inconvenience this incident caused beach goers and assure the community that steps will be taken to prevent a recurrence.”

Christies Beach Wastewater Treatment Plant produces an average of 23 megalitres of treated wastewater, or recycled water, every day mostly for use in agricultural irrigation in the McLaren Vale and Willunga areas during growing seasons.

When there is no agricultural demand for the plant’s recycled water, it is released to the ocean through outfall pipes that take it 420 metres from the shoreline and diffuse it over a further 250 metres.