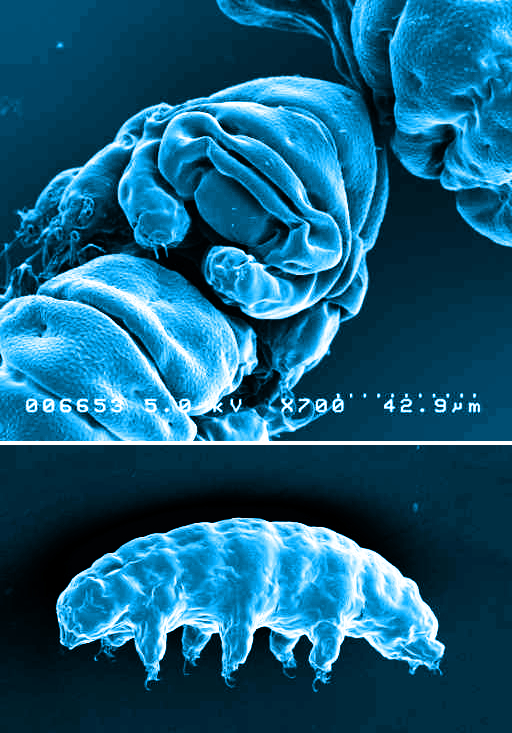 A genetic study has revealed that the water bear - one of the most resilient creatures on Earth - appears to create a unique protein that protects its DNA from X-rays.

Japanese researchers have sequenced the DNA of a tardigrade, also known as the ‘water bear’, ‘kumamushi’ or ‘moss piglet’; a species that can tolerate high-stress environments anywhere from burning sulphur plumes at the bottom of the ocean to the freezing vacuum of space.

They uncovered a gene, unique to tardigrades, which creates a protein that confers resistance to DNA damage from X-rays.

The source of tardigrades’ tolerance of extreme environments has long been a mystery.

Early genome sequences of a tardigrade suggested that they acquired genes from other species through horizontal gene transfer (transmission of DNA between genomes of different species), but this was not enough to explain their incredible resilience.

The new study by leading tardigrade researcher Takekazu Kunieda saw no evidence of extensive horizontal gene transfer but found that, compared to flies and worms, there is an increase in genes responsible for the tolerance of stressful environments.

The team also identified a protein that binds to DNA and appears to help protect cells against X-ray radiation.

The protein associated with DNA protection was referred to as Dsup, or a “Damage suppressor”.

“We hypothesised that the association of Dsup proteins with nuclear DNA might help to protect DNA from irradiation stress,” the researchers explain in their paper.

To test the idea, they made cultured human cells express the Dsup protein and exposed them to X-ray irradiation, which causes DNA damage.

The researchers found that the cells suffered fewer DNA breaks than control cells without the protein.

Based on a detailed comparison between tardigrade genes and those of other species, the authors find that the gene that codes for this protective protein is likely to be unique to the tardigrade lineage.

The results argue against this tolerance deriving from horizontal gene transfer.

Although it is still unclear how tardigrades’ unique adaptations function at either the molecular or organism level, these results suggest that tardigrades have evolved unique strategies to cope with stressful conditions.

Kunieda also provided some new footage of the fascinating little extremophiles below, showing an intriguing survival behaviour in which a tardigrade essentially turns itself into a rock when water is scarce. In the second clip, a water bear wanders about on some moss.

The research paper is available here.