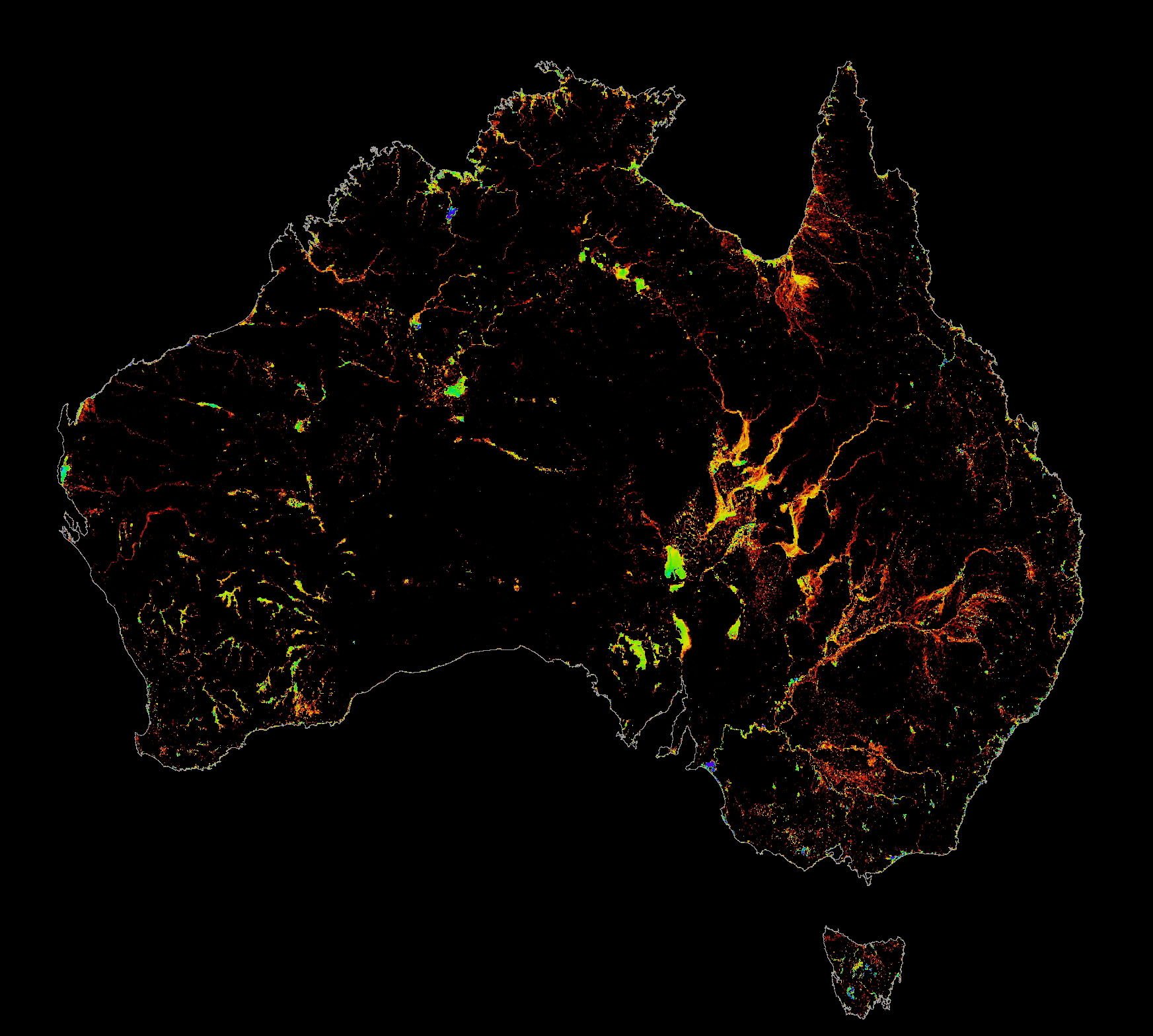 Geoscience Australia has been recognised for its incredible work to strengthen community disaster resilience through advanced mapping and warning projects.

Geoscience Australia won the award for nationally significant work in the Government category for the project Water Observations from Space or ‘WOfS’.

WOfS saw decades of satellite imagery analysed and combined to plot the history of surface water across the nation since 1987, providing emergency managers with a new understanding of potential flood impacts.

It has profoundly helped everything from resource industry assessments to local government planning.

“The WOfS project shows a national picture of surface water enabling us to better understand how infrastructure and environmental assets may be at risk,” Mr Macfarlane said.

“Through the satellite mapping of Australia’s surface water over time, Geoscience Australia is able to provide consistent information to Government, industry and the community on issues including flood management and safety, wetland management, agricultural innovation and infrastructure development.

“The technology also has significant potential for transfer to other areas, particularly developing countries with similar topography to Australia such as African countries,” he said.

The WOfS project was originally started as part of a National Flood Risk Information Project, made possible through Geoscience Australia’s partnership with the Attorney General’s Department, the Australian National University and the National Computational Infrastructure.

Since 2009, natural disasters across the country have claimed more than 200 lives, destroyed or damaged more than 10,000 homes – both numbers that could be reduced by efforts like those at Geoscience Australia.