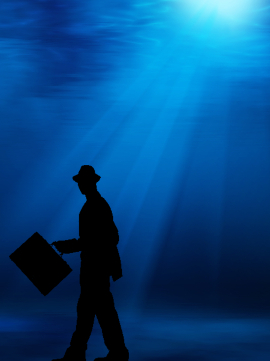 Victorian Water Minister Lisa Neville says the sacking of water boards across the state, include Goulburn Murray Water (GMW), was a necessary move.

Just three people will return to GMW's board after what have been described as moves to renew and refresh water boards.

In an interview with the ABC, Ms Neville said the $40 billion water industry needed the right people and the right skills to handle future challenges.

“Whether it's population growth, whether it's drought, whether it's climate change, we wanted to make sure that we did have the right skill mix on each and every board,” she said.

“I think that through this process Victorians can be confident and local communities that we've gone through a rigorous process and we've come out of that process with some very strong boards that will take us into the future.

“Someone like Sarah Scales as chair who's done a great job but also adding people like Pat McNamara, former leader of the National party here in Victoria but who's had extreme you know history with dealing with water issues in that region.”

The Minister also rejected a call for a royal commission into the running of Goulburn Murray Water (GMW).

Liberal Member for Murray, Sharman Stone, called for the royal commission into the water authority she says is on the brink of being financially unsustainable.

Dr Stone says GMW’s debt has risen to $55 million in the last financial year, up from $44 million the year before.

“We just have to have a thorough and comprehensive look at this big state-owned monopoly and say where's it getting it so wrong,” she said earlier this year.

“Even with that [Federal Government modernisation funding] injection of $70.3 million they still managed to lose $55.5 million - this is a serious problem,” she said.

Goulburn Murray Water has insisted that it is financially viable.