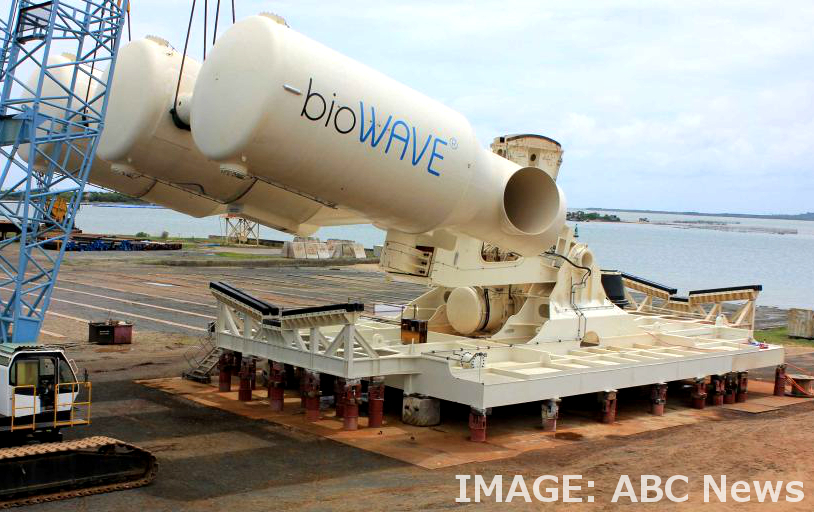 Victoria's first wave power unit is ready to be dropped into water off the state's south-west coast later this year.

BioPower Systems, the builders of the $21 million project say it could mark the start of a “new era” for renewable energy.

The 26-metre bioWAVE unit will sway back and forth below the surface of the ocean, activating hydraulic cylinders with its oscillating motion.

The cylinders spin a generator to create power that is transported to the shore via a sub-sea cable.

It should be able to feed 250 kilowatts of free energy into the national grid.

The technology is very new, and Australia has been one of the leading adopters.

“The south and south-west coast ... have some of the world's best wave energy resources, and so there's a tremendous resource there that's not being used,” he told reporters.

“The technology is still in its relatively early stages, it hasn't been commercially proven, so the goal really is to develop these technologies further until they're commercially viable.

“It's the first time that such a project has been done in Victoria.”

Mr Frischknecht expects the unit will be deployed in November.

“The ocean is an incredibly tough environment, a wave during a storm is incredibly powerful,” he said.

“This device is able to lie flat on the ground so it isn't destroyed in the process.

“There's also the interactions with salt water and the air which tends to corrode things, it's hard to deploy things and it's hard to maintain things.

“So just trying out all of those different activities and weather scenarios for the first time and monitoring it for the year is the plan.”

BioPower chief Dr Timothy Finnigan said it could be the start of a new age.

“These technologies have been advancing quite quietly over the past 10 years or so, slowly solving the problems - not just us, but our other colleagues around the world,” he said.

“Just in the last year or two, we've started to see some successes at scale with grid-connected devices going in.

“So now it's just a matter of refining the engineering and getting the cost down, and then I think we'll be into a new era of ocean supply for renewable energy.”