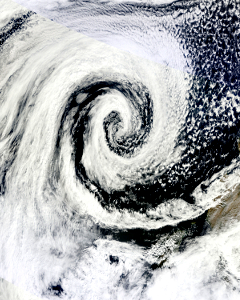 WorkSafe Western Australia says cyclone season is coming, and businesses should be prepared to bear the brunt.

Businesses throughout the north-west of the state are being reminded to have a contingency plan in place.

“The cyclone season officially began on November 1, and under workplace safety and health laws, employers must have adequate plans in place and provide adequate training to protect workers in the event of a cyclone,” Mr Munns said.

“The Bureau of Meteorology has forecast a below-average number of tropical cyclones in the waters off the North-West coast this season. The Bureau has said around two coastal impacts can be expected, with a significant risk of one of those being severe.

“But it only takes one cyclone to cause significant damage and suffering, as demonstrated by the tragic circumstances surrounding Cyclone George in 2007.

“A high level of activity – both on water and on land – continues in the State’s North-West, and a huge number of workers live and work in the area.

“It’s extremely important that everyone on a worksite – regardless of their employer – knows exactly what he or she needs to do in the event of a cyclone threat. This is particularly important on sites with employees of several companies where coordinated plans must be in place.”

“Employers should not leave anything to chance when a cyclone is threatening, and must make sure safe work practices are in place well before a cyclone is in their vicinity,” said Mr Munns.