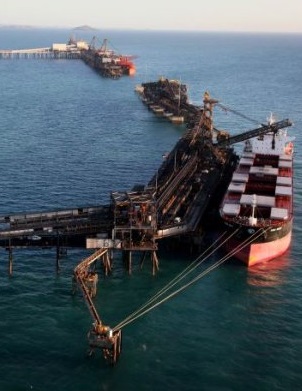 Construction work at the Hay Point coal port expansion on the Queensland coast will occur on weekends and public holidays, with the extended times hoped to bring completion up to twenty days closer.

The BHP Billiton Mitsubishi Alliance (BMA) has secured approval for near constant shifts on the project to expand one of Queensland's several major coal ports.

Local media say BMA has been allowed to carry out pile-driving operations from Monday to Saturday from 6.30am to 6.30pm, and from 9am until 4pm on Sundays and public holidays.

The allowance has been made to speed up work on the new trestle and berth at the site on the central Queensland coast.

A spokesperson for the Queensland Department of Environment and Heritage Protection said a noise condition was put in place to limit “environmental nuisance” from the project, but that it had been relaxed due to the lack of complaints.

“The application material submitted by BMA states that ‘to date there has been no noise complaints received from either community citizens or regulatory authorities in relation to piling noise’.”

“Construction is expected to be completed by approximately June 2014,” the spokesperson said.

The project, as well as several other similar coastal industrial expansions, has been condemned by conservation groups and concerned residents.

There are clear risks to the surrounding environment and its non-human inhabitants from the massive dredging required to clear space for the bigger ports. They will also displace any fauna nearby, destroy any on-site flora and create a new dimension of damage to the Great Barrier Reef.

In addition, increased shipping has been shown to have an erosive effect on coastal banks along routes.

When Hay Point, Abbot Point and the Gladstone Port have had their upgrades completed, they will be responsible for the export of coal ore and other resources weighing millions of tonnes and worth billions of dollars.