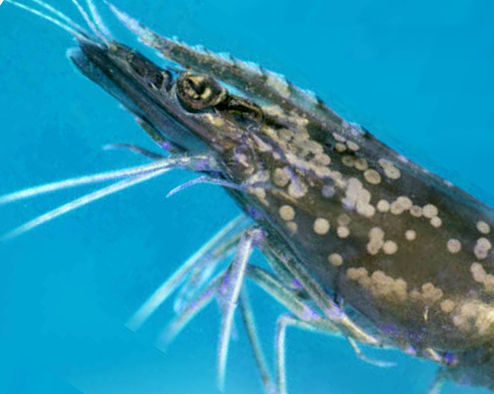 The devastating white spot prawn disease may have taken hold in the wild.

Five of 54 recent samples of prawns and crabs have tested positive for white spot disease in the same area of Queensland where infected seafood was discovered in 2017.

The white spot virus forced seven Queensland prawn farms to de-stock last year, costing an $43 million, but it does not pose any health risks to humans.

The positive test results are bad news for commercial operators under strict embargoes since the last outbreak.

A movement restriction zone extending from Caloundra to the New South Wales border has had its two-year timer reset.

It means 24 more months in which uncooked prawns, yabbies and marine worms cannot be taken out of the area.

More tests of wild-caught crustaceans will continue across the Queensland coastline.

The introduction of the disease was helped by a failed import biosecurity system, authorities say.

The Federal Agriculture department has confirmed that seven out of nearly 400 consignments that have arrived in Australia since July last year have tested positive for the virus.

“Currently, one importer is before the court and the company involved as well as two of its senior managers have been committed to stand trial later this year,” it said in a statement.

“A further brief of evidence is currently being finalised in relation to another importer who failed to follow departmental directions to manage biosecurity risks. The maximum penalty for this offence is five years imprisonment.”